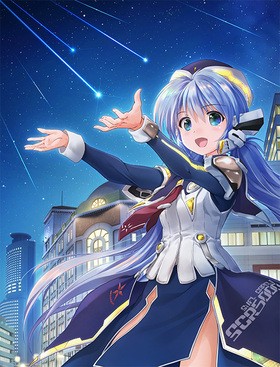 [Snow
globe globe ] An era in which humankind around the world is enthusiastic about exploring space.
“Satomi Kurahashi,” the chief commentator at the Hanabishi department store and the planetarium, was worried.
This is because the companion robot “Yumemi Hoshino” ignored business orders and repeatedly abandoned the workplace.
Satomi collaborates with Goro, who is in charge of Yumemi’s maintenance, to investigate the cause.
That’s because of a “promise” that Yumemi made 10 years ago …

[Small Hoshino Yume]
Approximately 30 years after the era of snow
globes-most humans died in the World War, which was triggered by the collapse of space exploration, and it continued to rain on the surface of the earth.
In the sealed city abandoned by a bacterial attack, the man of “Trash Shop” met in the
abandoned planetarium building, the robot “Yumemi Hoshino” who is waiting for the return of customers and friends.
The garbage picker was begged by Yumemi to repair the projector that had stopped working …

A heartwarming story of humans and robots drawn on two time axes. 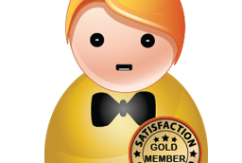