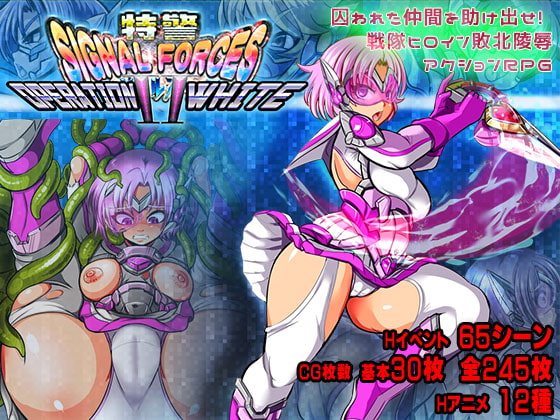 Story
20XX
The three members of the special crime countermeasure strengthening riot police “SIGNAL” who fight against the remodeled criminal group “Gann Dead” day and night
are supposed to attack the enemy’s hideout, but on the contrary they are annihilated and captured.
The only remaining Dr. Ricca Shirane
was dressed in a new suit, “White Signal,” and carried out a rescue operation.