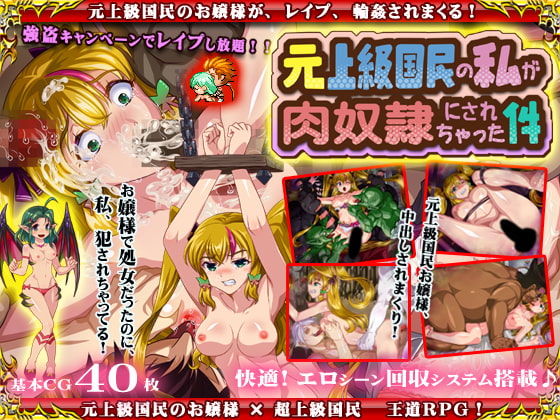 Thanks to the efforts of legendary peasant Akiba,
the commoners’ revolution against the nobility who had taken everything from them was a success.
Kodai, the representative of Looking Cherry, and a man who had fought alongside Akiba,
was made the provisional king of the land.
His first edict was to lay down various punishments down upon all of the nobles,
and restore peace to the kingdom.

This is the story of a former noble named Mimi, who is forced to choose between death and sexual slavery.
The naïve girl is forced into a journey that would be filled with violation and brutal gangbangs…