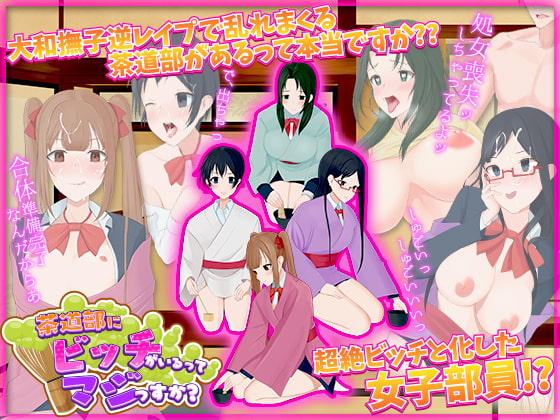 (Story)
Kenshiro, a hot-blooded boy who has longed for a samurai and devoted himself to kendo.
Every day I just hone my sword skills without studying or playing.
He decided to join the tea ceremony club when he entered school.
Since ancient times, the tea ceremony has been a “samurai’s grace” and was thought to be necessary for the strongest samurai.

However, in modern times, the majority of tea ceremony members are girls.
Furthermore, because it was a girls’ school until last year, all the students are girls.
Despite being a little confused, the hot-blooded samurai hit the gate of the tea ceremony club!

“Something is wrong …” The

female members who enjoy the tea ceremony and are polite and beautiful.
At first glance, they seemed to be graceful, but …! For some
reason, a female member who turned into a transcendental bitch attacked her with her hands!

Shotacon Quest -My Penis Is Targeted!-[RPG][Japanese]